Shia LaBeouf talks with Jon Bernthal on REAL ONES 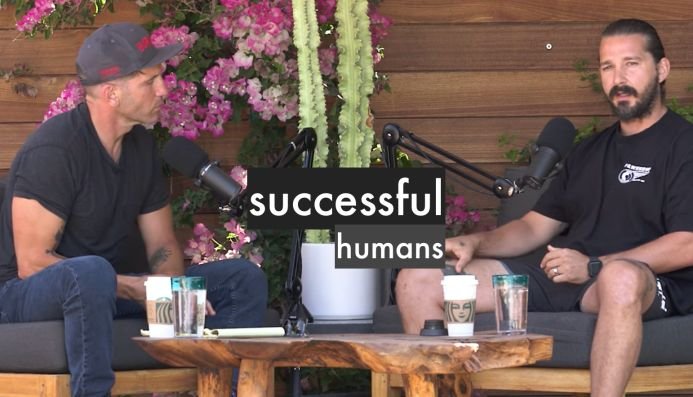 Other than smoking weed and drinking, the other spiritual experience was on set. I’m on a spiritual growth path. I didn’t just hurt that woman, the shame my wife has to walk around with.

All I want to do now is to give hope to dudes who have fucked up.

I think my daughter will see a man who has failed, was a sinner, was honest about it.. took accountability for it and made corrections.

Found solace on a program of principles, service, love. That’s what Im aiming for.

I know what it is to be left behind.

No matter what the case is, my job as your friend is… in any way you allow me into that process, make sure 1 you don’t do it again and that Im a support system..

Where are you? For people who support you and love you, What do you want to say to them?

I got ammends to make, I got a long list of people to make ammends to.

I was a pleasure seeking dishonest inconsiderate fearful human being and I was operating on a survival instinct, I was not operating as a friend.

When I look back at the friendships who did and not talked to me. I didn’t know what friendship was. And I don’t say it for pity. My dad used to say, your life is your life son. It’s all up to you.

I was using people like I was in a laboratory, measuring stuff.. quite controlling.

The actor is the poet, you are on your own journey.. that’s a bunch of nonsense, but that was what I was living.

It calms my own insecurity.

When someone is really confident in something it’s nice to be around that energy.

I empathize why my way of doing things was attractive then.

I come from an environment with very little cheerleading going on, so I created this sort ofsurvival insticnt.. where I would cut people out. I would believe tyhat my opoinion was greater than anyone around me.

The things that I look up to is..

I came into a certain kind of culture ..

These men who are islands.

Here is some of what people have said about this wonderful and real talk between two souls:

THIS IS ONE OF THE BEST INTERVIEWS ON THE INTERNET!! The amount of truth, words of wisdom from Shia, and Jon offering the best listening ear in this interview game! Amazing..i sat down thinking i’ll watch it in parts, and ended up staying the whole time