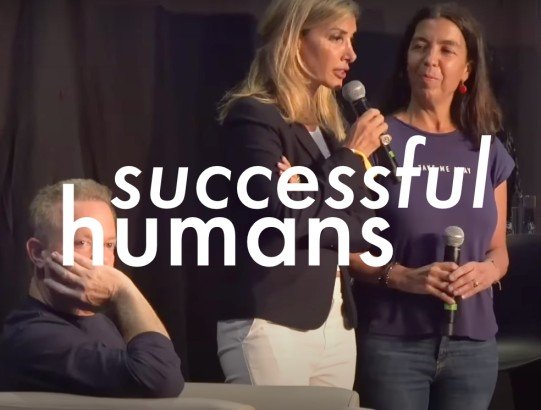 I want you to listen closer to the process. This woman didn’t have to come to a retreat to heal, nothing else was working and she decided this just made sense. I want you to hear it from her and not from me.

Romina will be speaking in Spanish and her translator will interpret it for us English speakers.

She speaks Spanish and our translator will translate into English.

In 2018 they told me I had two conditions: Self-autoimunated. Hepatitis and Colongitis.

I had two and a half years trying to avoid chemotherapy and told me I should go for a traonsplant.

Then I was diagnosed with three other diseases.

At that point I could not digest and keep my food when I was eating and I was waiting 10 kilos less. I decided not to go for treatment, I denied it and didn’t want to – decided to take time for myself.

And then I decided to go for the meditation. O chose the option of the water meditation. And I did it for 12 weeks. At week 12 I know something happened. When I finished the meditation, I honestly was not the same person anymore. I was not the illness, the disease was outside.

I told my husband to go and do the blood tests because the doctors didn’t want me told to it.

They gave me the results 30 days later. The Dr calls me and says: Hey Romina, we have to do teh tests again because something is wrong with these. I did the test again and he called me and said: Come to see me. They wanted to do the chemo still but didn’t understand but I was healed.

In those 30 days I went into remission for all 5 illnesses, Im healthy.

If she beliefes in herself, that means every single day she has to look what to chabge about herself in order for her condition to change. Shbe didn’t try to heal herself, she changed.

The disease existed in the old person, she is somebody else.

The body always follows the mind.

Some people just know something changed, they just konw it.

And they go to the doctor and have to beg to do the test or scan again.

The disease is gone, but they want to do the chemotherrapy anyway just because they dont believe it!

She is changing the medical model.

She is the living example of truth.

You keep showing up for you you feel very worthy to receive. The Universe only gives you what you thinl you are worthy of receiving.

Romina healed herself with the power of belief and meditations by Joe Dispenza.

Belief in yourself, you are more powerful than you think you are.

She changed and the side effect in her changed.