How to start improving your life (Jordan Peterson) 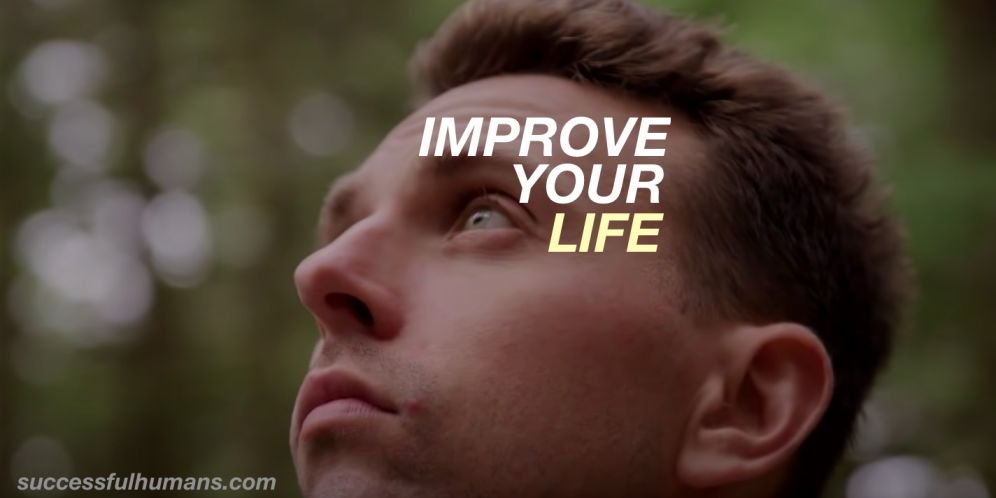 Carl Jung talked about this phenomena described as retrogressive restoration of the persona. It’s a complicated idea, basically what it means is that sometimes you take a leap forward and you learn some things but you can’t catalyze a new identity so you try to go back and hide on your old identity, that usually doesn’t work because things have changed and you learned something and that isn’t who you are anymore.

What happens here is that Pinnochio escape from this tyrannical situation. He tries to go back home, he tries to go back to what he was but he can’t do that anymore, his father isn’t at home anymore. So when he goes home he finds that there is no home there.

This happens to people sometimes and it’s often a shock to them . One of the things I’ve noticed of the Peter Pan type.- I’m going to speak about men here – They often stay under the thumb of their father. And you say, well, Why would someone do that? Because it means they subject to the tyrannical judgement of their father. They are always concerned about what their father would think or whether their father approves it.

That’s gotta be an unpleasant way to be, why would you do that?

One of the things I’0ve suggested to my clients and other people is..

çand their parents are centroal. Whys is it logical that your parents opinion makes any more difference to you than the opinion of some randomly selected people who are approcximately that age? Why is it the case, I mean they know you better and fair enougj, but that’s not the point. Another point is to the degree that your parents’ opinion about you matters more than some randmoly seleceted people of same age , Jung would say, well.. you have not exaclt separated the God image from your parents, so you are still under that combination. Think about the Harry Potter series, Harry has two sets of parents. He’s got the Dursely parents and he has these sort of magical parents that float behind. You have your parents and you have nature and culture as your parents. They shouldn’t have a final domoinion over you. Freud said for exmple that no one could be a mnan unless his father has died. And Jung said yes, but that death can take place simbolically. Ok so there’s that part of the idea. Anothe rpart of the idea is, one of the times in your life when you actually realize you are an individual is when you ask something and you realize t hey don’t know more than you do.

On one hand you have to be inferior in the relation, you always have to judge watching you.

There is always someone standing between you and the unknown ..

They actually don’t know more than you do.

It turns out that the way we are constructed neurophysiologically is that we don’t experience any positive emotion unless we have an aim and we can see ourselves progressing towards that aim. It isn’t precsely attaining the aim that makes us happy. As you all know if you ever attained anything because as soon as you attain it then teh whole little game ends, right= So it is sisyphis and that’s ok, but it does show that the attaintment can’t be the thing that drives you because it collapses the game. That’s whant ahppens when you gradueate from University. You are king of the mountain from one day and then you like surf at Starbucks for the next five years.

So what happens is that human being are weird creatures because we are much more activating by having an aim and moving towards it than we are by attainment. What that means is that you have to have an aim, that you have to have an interpretation and it also means that the nobler the aim, that’s one way of thinking about it, the better your lfife. And that’s a really interesting thing to know because you know, you’ve heard ever since you weere tiny that you should act like a good person. You shouldn’t lie, for example. And you might think , why the hell should I act like a good person – Why not lie? Even a three year old can ask that question because smart kids learn to lie earliy by the way. And they think, why not twist the fabric of reality so that it serves your sepcific short-term needs. And that is a great question, Why act morally? If you can get away with something and it brings ytou closer to something you want. Why not do it? These are really good questions, it is not self-evident. It’s like you destabilize yourself and things becaome chaotic that’s not good, and if you don’t have a noble aim you have nothing but shallow trivial pleasures and they don’t sustain you. And that’s not good because life is so difficult, so much suffering, it’s so complex. It ends and everyone dies and it’s painful. Without a noble aim how can you withstand any of that? You can’t You become desperate and once you become desperate things go from bad to worse very rapidly – When you become desperate.

The idea of a noble aim is something that is necessary, it is the bread that people cannot live without. It is not physical bread, it is the noble aim… and what is that?

Well, it was encapsulated in the srtoy of Marduk, it’s to pay attention, it’s to speak properly, it’s to confront chaos, it’s to make a better world, it’s something like that and that’s enough of a noble aim so that you can stand up without cringing at the very thought of your own existence so that you can do something that is worthwile and to justify your wretched position on the planet. So, now there0s the literary issue.. You take a text you can interpret it in a variety of ways but that’s not right, this is where the postmodernists went wrong because.. What you are looking for in a text is sufficient order and direction. So then we have to think what is sufficient order and direction means. Well, you don’t wanna suffer so much that your life is unbearable. That just seems self-evident, pain argues for itself. I think of pain as the fundamental reality because no one disputes it, right? I mean even if you say that you don’t believe in pain, it doesn’t help – When you are in pain you still believe in it, right? You can’t pry it up with logic and rationality, It just stands forth as the fundament of existence and that’s actually quite useful to know. You don’t want to know anymore that what is absolute necessary. And then you say wait a minute, it’s more complicated than that. You don’t want it today, but also not tomorrow, but not next week and not next month and not next year.. So whatever you do now you better not compromise how you are going to be in a year. That’s what of teh problem with short-term pleasures. It’s like act at haze, repent at leisure. You have to act in a way that works now and tomorroqw and next week and next month. You have to take your future self into account.