Time to grow up and stop wasting time – Jordan Peterson 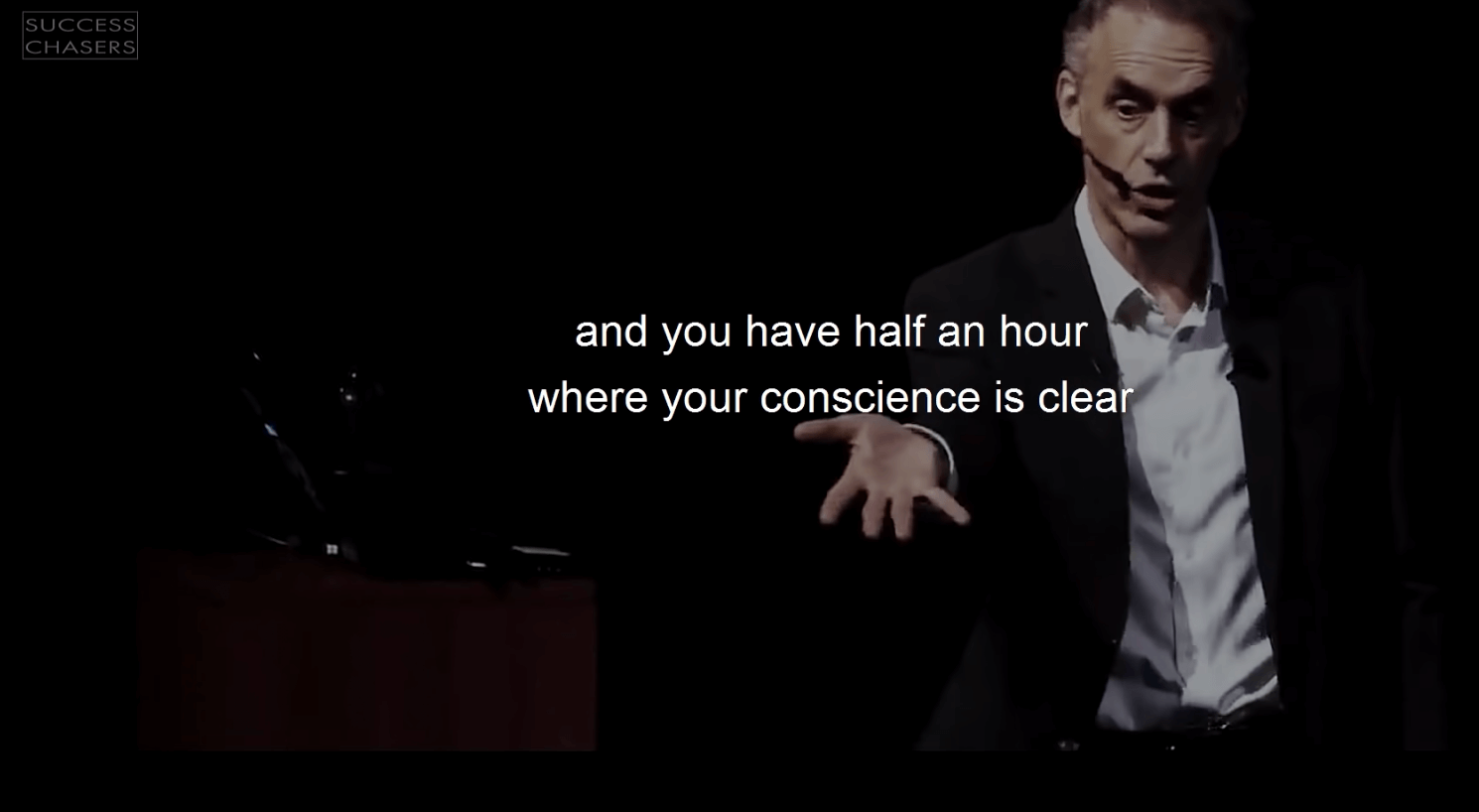 We have inundates.. especially young men: Go seek freedom, go do what you want, what you want to do how you wanna do it. There is nothing wrong with that, especially when you are young.

But if you want satisfaction, if you want direction it’s the stuff that has consequences.

But we are not teaching young men that. I think it is intentional. I think it is too. It’s parcel with the idea of productive activity of young men. This also goes for the masculine, productive activity of young men. That also gives young man a moral excuse not to engage in life. It is easy to sit around. So when we have a discussion about freedom, one might also say.. It’s freedom you pick a responsibility. Conscientiousness is a trait, we don’t understand it at all.

It’s easy to sit around. Well it isn’t because the consequences are devastating.

We don’t have a model for what conscientiousness is. It is at least in part a necessity to

the necessity to carry a load for yourself or for other people, or to suffer guilt shame as a consequence. It could easily be that freedom is the freedom to choose your joke, let’s say. You choose the weight that you have to carry, so that you can justify your miserable existence to yourself – So that you can go to bed ta night and you can think .. ok, I need what I needed to do to set things right today, and I don’t have to carry my existential weight..

The existential psychologists in the 1950s were very much concentrated in the idea of existential guilt.

The Peter Pan story is a very interesting one. Pan means everything. Peter Pan wants to be a child becomes a child can be anything, can be everything, a plethora of potential.

Become something instead of staying potentially anything.