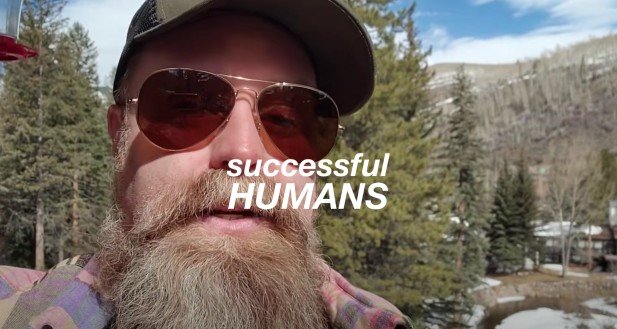 Owen Cook talks about Will Smith slapping Chris Rock at the 2022 Oscars.

Right-of the bat, Will Smith is somebody who has accomplish more than I have in life, depends on how you look at it. It is somebody who is doing better than me, any commentary that you are making on somebody better than you, you should not take it as an easy way to get dopamine. I am not here to school this guy, I will pay him ton on money to school me in many ways.

Anybody who is —- ehh ehh look at him, that’s a cheap dopamine high on somebody who has accomplished more than you. But I’ll just give you a few ways that I relate to my own life, doesn’t mean that I am better than him at all.

Do not think you are better than him, simply learn from the mistake that he made. We all make mistakes. Do not judge the chip in your brother’s eyes when you got a plank in your own eye. What I saw from this as far as mistakes I don’t want to make. First of all.. it’s not healing trauma.

That comes down to Intergender Dynamics.

In the media something that’s come up a lot, Im sure you are aware of it.. it’s him and Jada have talked about an open relationship, they’ve talked about it openly. If I guess

If I has to guess, at one point he was the most popular dude in the world, she said.. Hey do you r thing I just want to be your main girl. He went to do his thing.. and then at some point she said.. Well, after watching you do your thing for a long time Im going to go and do my thing. And there are these pictures of her just having the best time on the planet doing her thing.

I’ve seen the other side of that, because I go out to bars and clubs almost every night and Im meeting people.. and sometimes I’ll meet somebody who is very attractive and they have a deal with their significant other which is.. they are in an open relationship. And so my case, you know, the dude ‘s been probably playing around and having fun in that open relationship and then the girl meets me and I do a very good job of being charming and what not, and then what happens she says.. you know what, me and my husband we are in an open relationship…

I’m taking you home, finally after 5 years, I choose you.. you are going to come home with us.. and he is going to watch!

And im like, I’m chilling.. but Ive had that experience.

I was 21, 22 years old in Chicago and Miss Illinois said that she wanted to bring me home with her husband, and I didn’t end up doing that I had another amazing relation that night, But I ended up realizing.. ok At some point even if I end up enjoying that for a long time, finally her partner is going to end up choosing someone else. I think that maybe he kinda made a similar mistake that a lot of guys make , that he made a deal that he couldn’t live up to.

That is based on what I saw on the media, specutalive. I believe that every single time I see somebody comment on my life they got it wrong. It’s very rare that would happen.I’m just trying to relate it to a possible teachable moment of something that might’ve happened based on t o what we see on the media.

When you are in your 20s or 30s all you wanna think about is just hooking up with as many people as possible because your body just tells you to spread your seed. But then you hit your 40s and your 50s, and you kinda just want your best friend back.. so Jada’s his best friend, but Jada has been going on and had that adventure without him and he could be traumatized around that, even though he went and did the same thing, but still hurts him. So rather than being mad at that guy, he potentially could unleash that trauma on Chris Rock, because he is stuffing down the trauma from..

I’ve held many other people to make even more money and the most common thing that I’ve seen is there’s something about this concept of millionaire.. when as soon as this person hits a millionaire status they start focusing on the wrong things and they start sabotaging, it’s basically success barriers.

I do not judge Will Smith, you should not judge him. Say: How do I avoid it. Do not think you are better than him, simply

So why do we start teaching trauma healing?

So now he is going to be known permanently as the dude who slapped Chris Rock. Was it done as a stunt to get eyeballs on the flandering Oscars? Was it done as a stunt to deflect attention from Ukraine. It is fair to have doubts, but to me it looked real. Then again they are really good actors. They’re incredibly good actors. So maybe that’s the case, but to me it looked real. If I’m Will Smith no way that I’m known as that person for the rest of my career. But maybe he¡s got the people he answers to, I don’t know.

And even me being in the inside track, I personally believe it’s real. What it looked like to me was a combination of trauma, failed expectations in relationships and success barriers. Will Smith is someone who has accomplished much more than myself, by a way of looking at it. He is more of a mainstream person. Kinda depends how you look at it. Within a niche understanding I guess I have a very active crew. I would like to say, this is not a guy that we should be getting a cheap dopamine kick by looking down on. This guy has done more than us.

The cheapest easiest way to get dopamine is looking at someone who has accomplished more than you at a low moment and be like.. I wouldn’t done that. So therefore it’s like as fi I did all the things he did. You didn’t! So when you see somebody like Will, learn from his successes.. which is 99.9% of what he’s done. Learn from a couple of mistakes who have ended up being in the public, the guy is a human being. And as failures that can happen in the public like anybody, just support him, and be like.. dude, you really messed up , not cool.. don’t do that.

He also needs to apologize to Chris Rock, but at the same time, you cant judge him.. it is a mistake any of us could make. Maybe be blessed enough to be that successful that our mistakes come out in the public eye. You know you are winning when you goof up and comes up in the public.