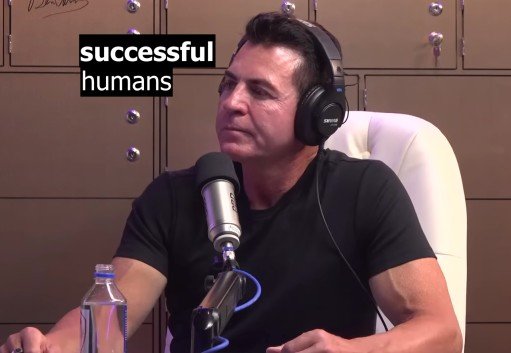 Patrick Bet-David talks to Papa John Schnatter, founder of one of America’s (And world’s) top pizza chains. Conversation for episode 184 of the PBD Podcast hosted at Valuetainment.

Papa John Schnatter used to be all over the TV for the classic “Better Ingredients, Better Pizza” Papa John’s commercials.

Take a quick minute and give your background on upbringing, How Papa John’s got started and turning. it into a multi billion dollar company

Well, I think my two greatest heroes were my father and grandfather. My dad was a serial entrepreneur, he probably amounted to eleven businesses and every single one failed. So we had these bankruptcies and financial issues. My grandfather he had his several businesses all successful and prosper.

I had a grass-cutting business when I was 8,9 years old. I had a paint company at 11, 12 years old, that my grandfather and I started.

When did you realize you had something special?

At what point when you started, and it’s going the way it’s going through, when did you realize you got something special?

At store number one, we go from the broom closet to actually opening the restaurant.

We put a store next door to the bar, with a sign on the door and the volume tippled.

We didn’t know anything about market, we just thought If you have the best pizza you win.

I walked into Domino’s

I’m relentless, I’m on it. We turn the corner, we are making 79 million bucks a year but in my mind im still broke. So mentally I still think I’m broke, even though we are not.

Dennis Rodman operates out of the state of fear. Jack Nicklaus, Tiger Woods operates out of the state of self-esteem. You want a little bit of fear, you don’t want to be complacent but you don’t want it running the show. So I got this coach, this guy is tough but I didn’t care. He looks at me and says, you are worth hundreds of millions of dollars. Vietnam’s over, they are not going to turn off the electricity or water, you won’t lose you’re house.

What it really changed was the culture.