How they keep you poor Jaspreet Singh 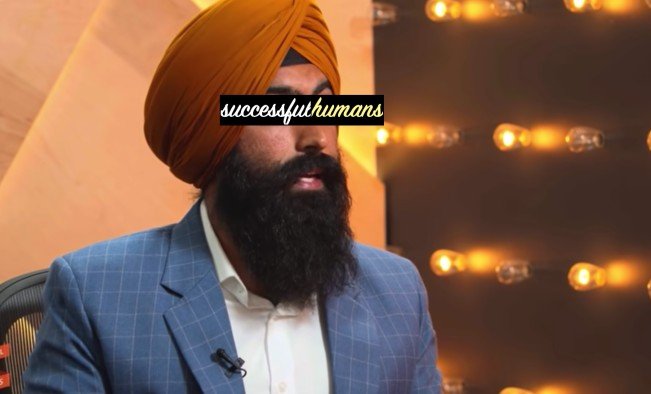 The School of Greatness

How they keep you poor Jaspreet Singh. Talking about business and money with Jaspreet Singh and Lewis Howes, The School of Greatness.

The biggest lies you’ve been told about money that are keeping you poor.

Wealthy people are not doing that…

What is the one thing you wish people knew about money.

We are told, go to school, get a job and then you figure it out. What happens for the majority of people is that you end up broke and you don’t know why.

Unfortunately school will not teach you this stuff. I went through high school, college and law school and never once learned a thing about money.

I grew up in a traditional Indian house. For me I got two options: Doctor or Failure. My parensts are immigrants from a state in India called Pejab. I saw my parents work their butt off.

I didn’t spend much time with my parents growing up, I wanted to give back and support them.. So i thohgt I should follow the stpes to become successful. Along the way, I realized something is wrong.

I searched: The richest people in America, and you see people like Steve Jobs, Mark Zuckerberg..

Am I missing something? I thought it was directly correlated your grades and income.

As I started to go down deep and deeper down the rabbit hole, you start to realize: Everything that I’ve been told is a lie. The first real experience for me is.. I had this compny I started in college.

When I was in High School I did a lot of Indian weddings, so O knew a lot of teh djs.

I go to College, didn’t know what to expect. I get to College and everybody is partying.

Asking if I can host a party.. I don’t have that money.

Some wouuld say: You can do it here, no cover, just pay us have of teh cover charge, ok we got a business.

Then I read: Wealthy people invest in Real Estate.

I would like to invest in Real Estate, I started going to Google, none of them are Doctors or went on the traditional path. Then I saw this about Real Estate.

I never heard that term, until I came to College.

Now I¡m like: WOW, this investing thing s is very unique. Why am I working so hard in school?

Why am I becoming a Doctor?

Now I started questioning my beliefs.

As a human I want to provide the most value possible. Maybe Im becoming a Doctor for the wrong reasons. I don’t want to be a Doctor. My dad was angry, my mom was furious. It took about a year and a half to believe her son was not going to become a Doctor.

This is not for me. And I started to realize there is more to this here.

The more I learned the more I realized I was lied to.

Most of us are taught to get that degree so that we can get that one thing… climb the corporate ladder and get a bigger salary. But if you always realize in your salary you are one step away from being broke.

Maybe you have some savings, or maybe you spent it all and got no savings and go into credit card debt.. And now you are trying to figure out how to make things work.

And by then it’s too late.

The banks profit from the financially uneducated.

If the banks lived by their own advice, the banks would be losing money.

When you go and deposit $1,000 dls in the bank, that cash that you deposit is a liability to the bank.

When the bank has your cash, it’s a liability for them, they want to get rid of it as fast as possible. And the way to do this is lending it out because it is an investment for the bank. They want you to save the money. They want you to leave them cash and just leave it there.

What happenes when your money stays there, you are losing money to inflation.

Everytime you are becoming poooeres each and every day.

You can’t really go broke if you do this.

If you keep your cash in teh bank you are going broke every single day, then he we are in teh half porcent and people are starting to realize, this inflation is a real problem. And then if you keep your money in the bank they pay you like .1% or .5% if you are lucky.

18 to 25% inrerest everytime you spend a dolalr.

Governments want you to be financially uneducated. Because when you are financially undeducated you are an employer and consumer. Who pays the most taxes? Everybody says rich people don¡t pay taxes, if makes people angry and a lot of people don’t understand why.

But this is the way it works.

And if you learn the IRS code, it’s a rule book. And people who understand the rulebook are the people who have the money to hire the good accountants and attorneys.

Wealthy people will understand how this works, playw ithin the system and pay little to no money in taxes.

What are three things people that are making $500,000 and above should be doing to avoid taxes better.

I assume that you have your own income, you are a side hustler or you are a business owner.

If you make half a million dollars, let’s assume it is profit. If you take out a salary that’s going to be taxed.

Everything can be a tax deduction if you know how to make it a deduction.

Elon Musk is probably the biggest example of this. He never got paius a salary, running and owning Tesla. He got paid in stock options…

Is this even before it’s public?

He has been getting stock options before, but they were for $6 dlls a share.

He has on paper a lot of money, but the money isn’t in his bank. account. So what he does, is instead of selling it and having income… He goes to the bank and says hey, I have these stock options worth billions of dollars. How about you give me a loan?

No bank is going to say no to that. The value of this is so much. No bank is going to say no. He takes the loan, pays 3 to 4 to 5% interest on it. And if his company grows, his stock value grows by 6% He just made a profit from it. He didn’t have to take any money from it, didn’t take an income, doesn’t pay any taxes and is able to spend that none, live free, live rich and didn’t pay any tax.