How they keep you poor: Biggest lies about money 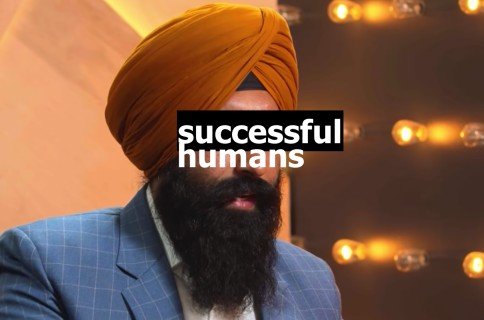 Lewis Howes, host of The School of Greatness, speaks to Jaspreet Singh about money and understanding debt.

Jaspreet Singh is a Finance Creator, investor and CEO of Market Briefs- @minoritymindset

What is the big thing that you wish everyone knew about money, before they started “making it”?

Oh man, it goes back to the basics. Most of us are never taught a thing about money. We are told “go to school”, get a degree, get a job and then you will figure it out. What ends up happening to the majority of people is they end broke and in debt, struggling financially without being able to figure out why.

The first thing to ask yourself is:

What do you want to achieve financially?

Go and figure it out yourself, unfortunately schools don’t teach you this stuff.

I never learned once a thing about money in University and Law school.

Jaspreet grew up in a traditional Indian house, the two options were: Doctor or failure.

I see my parents work their butt off every single day, if my dad got a Friday or Saturday off it was considered a long weekend.

Wealthy people are not working to climb the corporate ladder.

Yes, you have been lied to and brainwashed by pop culture.

When you live that type of lifestyle, you are the reason

People are going into debt to buy, and it’s becoming easier and easier because of things such as “buy now pay later”.

It breaks my heart when I see the growth of this “buy now pay later” because I can go and buy anything I want, and pay in 3 months..

The first thing is, never finance anything that isn’t going to pay you. Example? Gucci, your vacations, your car. People will get upset about mentioning the car, but you can buy a used car in good working condition. The first time I made a million dollars in a year, my car was $500 bucks.

Jaspreet: Because I fell into this trap, where the first time I started making money… In my culture, cars are a big thing. People want to put money into their cars, making them look cool. As a teen I went through that putting on new rims, sound system, and I was even going to put Lamborghinni doors in my car.

I started reading all these money and finance books and since then my mindset changed to the opposite way. All of the sudden, I don’t want to spend a penny on anything, unless it’s making me money.

I’m saving as much as aI can, I’m investing my money as much as I can. I’m trying to build my business. I’m running my shoes into the ground. I realize I’m not going to make those same mistakes again.