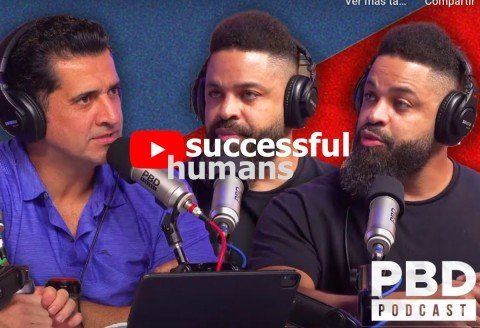 The Hodgetwins, longtime famous Youtubers stop at the PBD Podcast to speak with Patrick Bet-David from Valuetainment.

The Hodgetwins explain their beginnings back since 2010, 2011 when they used to work at their corporate jobs and began making videos.

After the Hodgetwins began making videos during their lunch breaks they ended up getting fired from their jobs. We went back to our office to pack up our things, people were crying. It was a horrible situation because at that time that I got fired, my wife was 8.5 months pregnant. She said, get a job, get a real job. It was a blessing in disguise, they gave us a year of unemployment so we could make YoutubeWork. We started earning a little money and we kept doing it. We were earning just enough to survive.

I never would’ve thought it took the road that it did.

Who created for you guys to be close?

I think from the fact that when we grew up we were really really poor. We didn’t have food many times.

What values were injected by your parents? My dad worked two jobs, he was never home. My mom was really Christian and always told us to do the right things.

You appreciated the fact that at least you had a father, for most of your friends it didn’t go that way and was completely normal in your lifestyle. When did this epiphany hit you and what happened to all your friends that didn’t have fathers? I think this is something that young men are lacking these days, a male figure a male influence, leadership.

My momma for the most part was traumatized by racism, everything she did looked through the lens of black and white because that’s how she grew up.