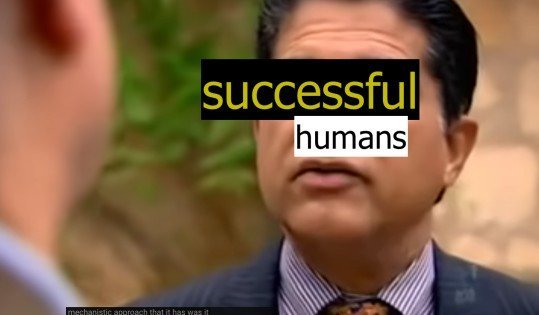 In the middle ages healers would conjure up evil spirits or magical spells. Now in the 21st Century, ti seems they turn to black holes, and above all… Quantum physics.

Quantum theory accounts for the anomalous behavior of light and atoms. It’s astonishingly accurate but notoriously difficult to grasp. But Deepak Chopra, who once qualifies as a doctor has seized upon quantum jargon and applied it to healing. He claimed disease can be caused and cure by a shift in consciousness. To believe in a rock you automatically believing in God. Chopra has managed to become a one-man alternative health industry. He is worth up to $75,000 per lecture, and this era of self absorption he claims Michael Jackson, Madonna and Hilary Clinton as followers.

If you feel genuinely attractive, you attract other people to you.

We try to get into every aspect of the patient’s life. Their relationships, their hopes and dreams, says Chopra. Then we combine it with a ritual of deep meditation, massage and a lot of spiritual counseling, including the fear of death.

We believe many times the patients feel healed even though they may die from a disease if they learn to go beyond their personal fear of death. You can never do that unless you have a patient with a spiritual experience.

Where does the quantum theory come into that?

No, I think quantum theory has a lot to say about the observer effect.

Video published over a decade ago, in 2011 brought to you by HowLifeBegan on YouTube.