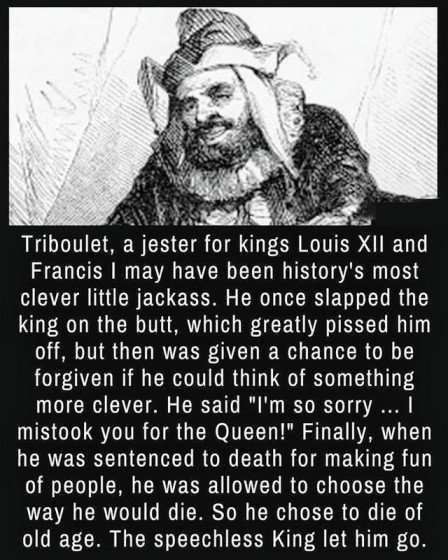 Triboulet, a jester for kings Louis XII and Francis I may have been history’s most clever little jackass. He once slapped the king on the butt, which greatly pissed him off, but then was given a chance to be forgiven if he could think of something more clever. He said “I’m so sorry… I mistook you for the Queen!” Finally, when he was sentenced to death for making fun of people, he was allowed to choose the way he would die. So he chose to die of odl age. The speechless King let him go.