The truth about EGO: Don’t get trapped 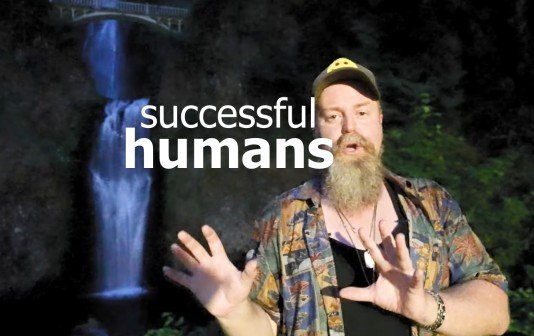 How to get out about being trapped in your head?

Most of us in our society’s are trapped in our thoughts, and it’s useless.

Owen Cook, from the Multnomah Falls in Oregon, explains the truth About EGO, giving us some rough and necessary advice for the real world.

Always worrying about things of the future that will not happen or be frustrated about the past.

When we live in our head for too long, there is a problem and a derrangement in our mind.

A parasite forms in the mind that starts hijacking your consciousness and controls you.

Eckart Tolle talks about this in “The Power of Now”.

What ends up happening is that you reclaim a huge amount of mental capitol.

When you are in your EGO most of your thoughts are being mad about the past, being frustrated about the future, feeling unsafe, attacking yourself, etc

Look at this sheer volume of mental capital that identifying with your EGO is sucking up, it’s insane.

What basically happens is that if you are getting certain types of approval and reinforcement, this can actually become a flywheel in your mind, were like a parasytic consciousness that sits atop your actual consciousness it actually hijacks you. If you are someone who identifies himself a s a hustler they work and work and work nonstop. There are ways.,.

It winds up trapping you in your head.

Out of your head and you should need to be using alcohol.

Let’s say that you are stuck in making a million dollars a year and want to make $10 million.

Get out of being trapped in your head and relax.

There is counter argumnents for everything.

Success is intentional, people don’t get success by accident, so you should always have a huge role in your own success, you should know where you stand. An important reality that’s there.

Realize that everything is always a next paradigmn.

Get mentors, get around better people. You are being programmed by the people who you are around with.

Life is not as hard as you make it to be

Be competitive, don’t be passive, don’t just sit there, realize that you are probably making it harder than it has to bo.

Tap in your natural flow and be present to the moment, remember.

Another great video by Owen Cook on his latest series about Endless Motivation.

What it means to have endless massive motivation and a massive amount of energy.